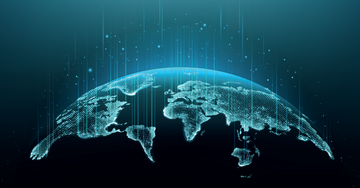 The U.S. Senate passed the TSCA (Toxic Substances Control Act) Reform bill on June 7 with strong support. The bill is now headed to the President’s desk and is expected to be signed into law.

The version of the TSCA Reform bill (TSCA Modernization Act of 2015) currently pending the President’s signature has undergone both Senate and House revisions. The bill aims to increase EPA authority over the identification and restriction of toxic chemicals. Several key concerns with the current law that have been addressed and renegotiated include:

If the EPA does not take any action on alerts to use a new chemical by manufacturers or processors within 90 days, manufacturing can still begin under the current law.  Under the reform bill, a chemical can only be produced after the EPA has made a regulatory decision, and the agency can take up to 180 days to make that decision.

The EPA has expanded authority to require testing under the reform bill; for instance, the agency can order testing for risk evaluation and under other additional circumstances.

Fees for chemical testing: The manufacturer would be required to pay for evaluation and regulation of any chemicals submitted for risk evaluation.

With these proposed changes, the TSCA Reform will have significant implications for business. As TSCA Reform becomes increasingly certain, it is necessary for businesses to understand what it means and its consequences. Join us on June 21 for a webinar that will take a deeper look at the existing TSCA and the impact of the proposed reform bill. Please click here to sign up for “TSCA Reform: An Overhaul of Toxic Chemical Management and Consequences for Global Business” and hear from our regulatory experts.

Asbestos May Be Reviewed Under the New TSCA

Since the reform of the Toxic Substances Control Act (TSCA) was passed by the Senate and signed...
Read More

Learn about the evolving chemical regulations involving TSCA and how to set your business up for...
Read More